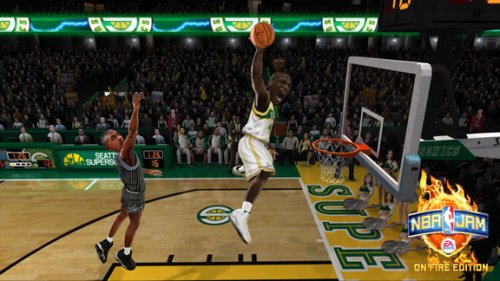 According to the Kent Reporter (and my brother), Shawn Kemp will be making an appearance at a fund-raiser for K-M basketball this weekend. Also, SHAWN KEMP LIVES IN MAPLE VALLEY?!?


Marvena Kemp says it's doubtful her husband Shawn Kemp will play in the inaugural Hoopfest at Kent-Meridian High School.

"He might but I doubt it," Kemp said about the former NBA player who lives in Maple Valley. "He's rehabbing from flag football. But he will come out to support it."

Teams can still sign up for the Dec. 3-4 event. Games will run from about 9 a.m. to 6 p.m. each day. Proceeds will benefit the Kent-Meridian girls basketball team to help pay for uniforms , travel to tournaments and other expenses.

The fact that Shawn Kemp now lives in the small town that all three of the Supersonicsoul writers grew up in is my nomination for Ironic Twist of The Year. If he ends up coaching at Tahoma, I might explode.
Unknown at 10:25 AM 4 comments:
Share

The NBA takes basketball away from Seattle AGAIN! 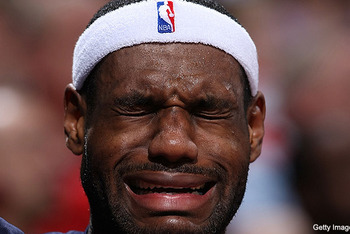 Even LeBron feels our pain.

As if taking our team away wasn't enough, the stupid NBA ended their stupid strike over the stupid weekend, thus killing the closest thing we'll have to pro basketball in Seattle for a while.

Due to a weekend agreement ending the NBA lockout, and players reporting to training camps on December 9, the Jamal Crawford H206 Classic scheduled to take place December 15 at the Alaska Airlines Arena at the University of Washington has been canceled.  All tickets purchased will be refunded by noon this Thursday, December 1st.  Crawford and A PLUS Youth Program are discussing possible dates for a rescheduled summer 2012 game.  Updates will be given via the H206 website (www.hoops206.com) and via Facebook and Twitter (FB: Hoops 206 Charity Basketball Classic) (@jcrossover and @hoops206).


For more info, go here! (Thanks to the Light In The Attic's Pat Thomas for the tip!) 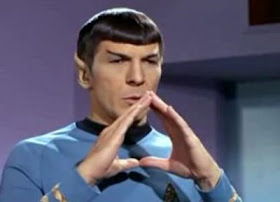 Not related to basketball, but there's an article on Deadspin that Supersonicsoul scribe and University of Oregon fanatic Pete Nussbaum should think about while watching his favorite team play this weekend . . .

The New York Times shared an important revelation out of Eugene, Ore. yesterday, and we wanted to pass it on because we are immature: the spade-shaped Oregon "O" that Ducks fans so enthusiastically make to show support for the team means "vagina" in American Sign Language. 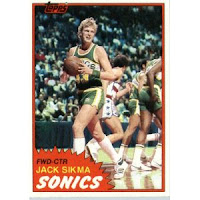 Enough blathering, you say: Does Jack Sikma deserve to be inducted into the Hall of Fame? My answer? Yes.
PN at 12:06 PM 2 comments:
Share

According to ESPN, the NBA Players Association has rejected the latest collective bargaining agreement proposal from the owners, making it even more likely there will be no NBA basketball this season. You can see the official Supersonicsoul response here.
Unknown at 11:18 AM 1 comment:
Share 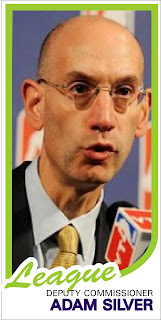 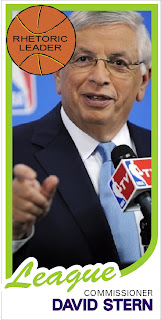 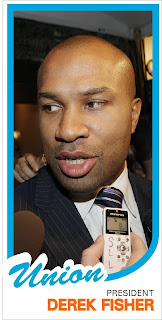 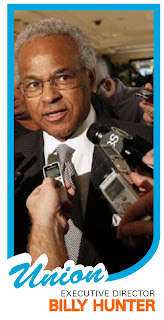 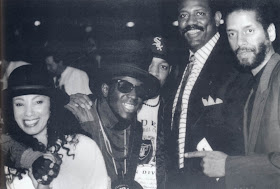 Pictured left to right: "Downtown" Julie Brown, Flavor Flav, Chuck D, Spencer Haywood, and Vernell DeSilva (a long-time friend of Haywood's). Photo was taken in the early 1990s (that Sox logo didn't show up in Chicago until 1991). Reproduced from Haywood's book The Rise, The Fall, The Recovery, written with Scott Ostler.
PN at 3:13 PM 1 comment:
Share

The Denver Nuggets' website has been running a series of interviews with George Karl, each focusing on a different year of Karl's amazing coaching career.

Naturally, a large chunk of those clips are focused upon Karl's work in Seattle, and ... wait, did you think this was going to be about the Sonics/Nuggets series? Seriously, how much self-loathing do you think I have? Do you think I flail myself while looking at a poster of Dikembe Mutombo every night before bed? Still?

No, no, no. This particular video covers the Sonics' great run in the 1993 playoffs, as they knocked off Utah and Houston before falling to Phoenix (and their two "helpers") in the Western Conference Finals.

To me, the most amazing part is Karl's incredible ability to recollect facts from those games, nearly 20 years later. More than anything, it illustrates the gap between fan and participant; as fans we enjoy these games, then go about our lives afterwards, but to those involved closely, they are their lives. The fact Karl was able to recall that the Sonics scored only 30 points in the first half and followed it up with 70 in the second half of Game 5 against Utah is marvelous (you can see the box score here).

If nothing else, check out the video to see Sam Perkins hit multiple threes. It will forever remain a mystery to me how that shot never got blocked.
PN at 9:13 AM No comments:
Share
‹
›
Home
View web version