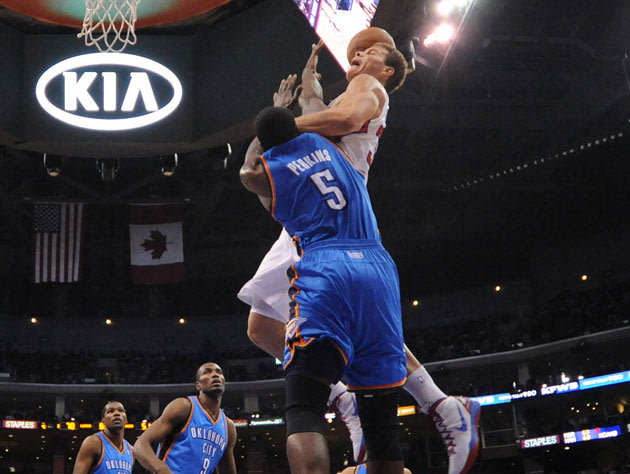 I don't know if Blake Griffin was a Seattle Supersonics fan growing up. Maybe he had a Shawn Kemp poster over his bed or a Jack Sikma growth chart on the back of his door. Maybe he reenacted Terence Stanbury's Statue of Liberty Dunk on his nerf hoop.

I'd like to think all of these things are true, and the bone-crushing, soul-stomping dunk Griffin threw down on Kendrick Perkins of the Oklahoma Atrocities last night was a strike against injustice. A mighty blow against evil. A smack-down against all that is wrong with the NBA.

It wasn't, of course, but for an instant it was nice to imagine. If nothing else, at least I have a new team to root for.
Posted by Unknown at 1:57 PM No comments: According to the Bring Back Our Sonics Facebook page, David Stern may be changing his tune (at least in the short-term) about Key Arena:


Steve Kelley of the Seattle Times was on with Ian Furness during @FurnessShow Kelley said he's heard talks that David Stern has said he's willing to let a team play in Key Arena for 2 years, if a new arena is being built for the future. - Jeff

So what does this mean for our beloved Sonics? Is Stern offering an olive branch to the heartbroken, discarded fans of Seattle or just more smoke and mirrors from The Wizard of Blahs?  No one knows for certain, but longtime Sonics fans will recall that not long ago Stern was a big fan of Key Arena, so anything is possible.
Posted by Unknown at 5:36 PM 6 comments: 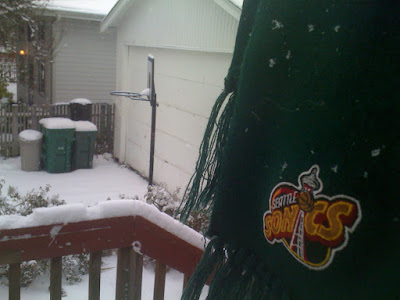 Drive safely out there, knuckleheads!
Posted by Unknown at 8:43 PM No comments: