Terence Stansbury is not impressed 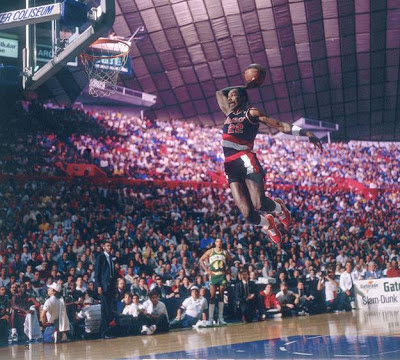 Clyde "The Glide" Drexler soars to the hoop during the 1987 NBA All-Star Slam Dunk Contest in the arena formally known as the Seattle Center Coliseum, while Terence "The Statue of Liberty is the Best Dunk Ever" Stansbury looks on.  (Picture courtesy of Old School NBA Players.)
Posted by Paul at 7:20 PM No comments:


The latest release from the Seattle Supersonics Department of Vague Messaging:


According to self-professed "plant based whole food" dieter Tim Montemayor, Chris Hansen and the NBA have been in talks to bring the Sonics back to Seattle via an expansion team, and things are starting to heat up.

Several #NBA sources in the know tell me there have been productive talks on expansion in #Seattle As the league preps for a new TV ...
— Tim Montemayor (@TheMontyShow) June 12, 2013

Okay, so this guy isn't exactly Bill Simmons, but hey, it's a slow news day! It's either this or Derrick McKey eBay listings.
Posted by Paul at 5:09 PM No comments:


George Karl had just coached his team to the most wins in franchise history. They were young, exciting and packed in the crowds at home. But after consecutive first round exits in the playoffs, many were calling for Karl to pack his bags and move on, as he'd done so many times before.  After the final, painful playoff loss, Karl almost sounded like he welcomed the ax, if only to end his suffering:

"I'll be O.K., guys," said Karl. "I'm fine. I am fine. I'm the same as I've ever been. What have I done wrong? Why do I have to be ashamed? I didn't make a good decision? Good. Fire me. I've given all I have to give. I care. I like these guys. I like coaching these guys. Go mess with someone who doesn't care. Go mess with some of the frauds out there, man."

This may sound like the Denver Nuggets, who just let Karl go on Thursday, but the quote is from a different time and place. 1995. Seattle.

But almost an identical situation.

The early 90s Sonics were a hot mess. "Trader Bob" Whitsitt, the young, hot-shot GM of the Seattle Supersonics, had hornswoggled some of the best young talent in the league, yet couldn't quite figure out how all the pieces went together as the team floundered under the near comatose style of coaching from old-schooler K.C. Jones. Enter George Karl. 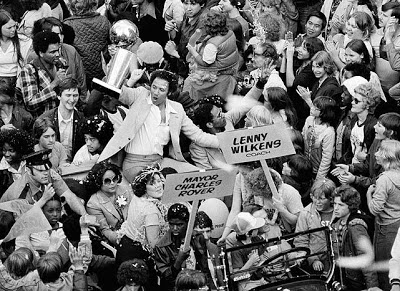