Aubrey McClendon Must Be Stopped
Shareholders must demand accountability and vote to throw out McClendon. If any pocket of justice exists in our ambivalent world Aubrey McClendon will be forced to exit Chesapeake and walk the long plank of disgrace.


Did I crib this from Mother Jones? Or perhaps Utne Reader? Or Supersonicsoul?

Nope. It's from Forbes, and it's written by an investor from Houston whose most recent piece in the magazine was titled “Some Tips For The Simpletons of Occupy Wall Street.”  Worth a read, if only to revel in the coming financial apocalypse headed Aubrey's way.

Good ol' AM, still an a**hole after all these years.

Like every diehard Supes fan, I watched the original Sonicsgate doc with a mixture of pride and heartbreak. I could only watch it in 20-minute segments, if only to keep myself from punching my monitor or sending Tourette’s-like streams of expletives to Howard Schultz’s corporate email account.

It’s been at least two years since I watched the whole thing, so it is easy to recommend, nay, DEMAND a fresh viewing of the documentary in its slim-and-trim-for-2012, 1-hour form on CNBC, Friday April 27 and Sunday April 29, 7pm PDT. What’s new? Oh, just a couple things:
Unless they meant some sweet Video Toaster transitions, I should probably mention that the STUNNING! NEW! GRAPHICS! will include my STERNZILLA painting. Which means I will soon be having this conversation on the phone:


"Yes, Mom, the painting will be on TV. No, no, I won't be on TV. Just the painting I did. No, they're not going to talk to me. Because nobody cares what I have to say, I'm an artist. Sigh, yes, I will come over and help you set your VHS."

Anyway, said painting is conveniently now (soon?) available in the all-new SUPERSONICSOULSTORE on the Zazzle. Also, some of my other SSS “Hall of Fame” images are included in the Sonicsgate DVD Bonus Features.

Dammit, did I bury the lede? That’s what I get for being a journalism school dropout.

The Kings are scheduled to play at Power Balance Pavilion next season. Stern wouldn't speculate where they would play beyond that, and said if they sought to relocate, approval would be left to the relocation committee that is headed by Oklahoma City owner Clay Bennett.

I could read those last seven words every day for the rest of my life and it'll still get a laugh. God bless you, David Stern, and your horrible, ridiculous league.
Posted by PN at 2:53 PM No comments: 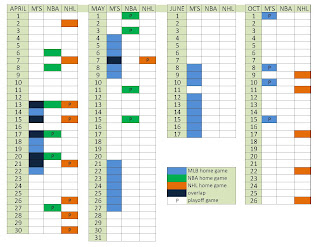 As someone who proudly wore a Seattle Mariner starter jacket and cap to the 1985 World Series, I think it’s safe to say I have some credibility when it comes to Mariner history.

Which is why I do not make this comment lightly about the M’s thwarting of the proposed Seattle basketball arena: Incredible.

No, it’s not because the Mariners are hypocrites who have no problem sucking from the public teat while simultaneously blocking their brothers from doing the same. And, no, it’s not because they continue to say that their interference has everything to do with traffic concerns and nothing do with keeping a lid on competition for Seattle’s pocketbooks.

No, the reason I say that this whole affair is incredible is because if 1985 me had flown in via time machine to 2012 and heard that the Mariners were the kingpins of the Seattle sports scene … well, 1985 me would have dropped his Mariner painter’s cap and Alvin Davis rookie cards in utter astonishment.

Regardless of your opinion of the nonsense arising from the professional sports teams in this region, you have to be amazed at how times have completely changed in the span of 25 years. Two decades ago, the Mariners played before crowds that resembled a Ringo Starr tour, were routinely booted to odd AM or FM stations whenever the Seahawks happened to be playing at the same time, and were generally thought of as the stepchild of Seattle sports, below (in order) the Seahawks, the Huskies, and the Sonics.

Now? Well, now it’s different. As Geoff Baker pointed out in the Seattle Times today, the Mariners’ decision to stand in the way of the proposed new arena is such a horribly pad PR move that it can only mean the team’s owners are close to selling, and could care less about the long-term ramifications of their decision.

Will their position hurt the team? Honestly, I have to believe that whatever tomatoes get thrown their way will have a minimal impact on the team’s attendance, and whatever money they forfeit from a hypothetical TV network involving the M’s, Sonics, and NHL would be more than made up for by not having to share King County’s disposable income with two other competitors.

Bottom line? The M’s decision is bad PR-wise, but not so bad that it’s going to kill them. After all, every Sonic fan already knows the true moral of this story, and every story regarding pro sports: