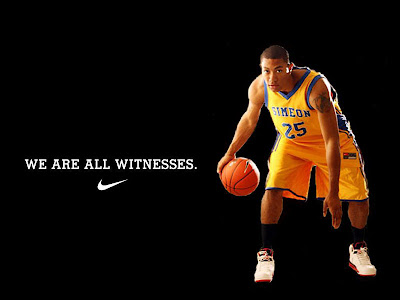 (image from A View From the Cheap Seats)

So, tonight's the night. The Sonics find out whether they will be able to land Derrick Rose (please, please, please), or someone else.

The pessimist in me sees the Sonics falling to #4 and taking OJ Majo, only to find out that he's wanted for some crime in West Virginia and will have to play with an ankle bracelet for his first two seasons. Or, they take Danilo Gallinari so that they can have three small forwards, all drafted in the top five of the draft.

But let's be sensible. Assume the Sonics get the #4 pick (the most likely option based on probability) and Derrick Rose is off the table. Who do you take with that pick? Mayo is certainly a possibility, as is Brook Lopez from Stanford or Jerryd Bayless from Arizona.

Personally, I'd hold my nose and take Lopez, assuming Beasley, Rose, and Bayless are 1-2-3. He's got good size and strength and has a good touch from the line. It worries me that a guy 7' and 260 shot less than 50% from the field in college, and extrapolating that figure to the NBA worries me even more. Still, he, along with Mayo, would probably be the most likely options for the Sonics at #4. And, if OJ Mayo is your toughest competition, you're probably going to win that battle.

However, there is another option - if the Sonics don't get one of the top two picks, they could parlay their pick (say it's #4) in combination with the #24 pick and/or multiple second-round picks to move up to the top two. To me, it's a no-brainer - Derrick Rose fits a need for this team more than any other player in the draft. The #24 pick is going to be a risk anyways, as are the second-rounders, and giving up multiple risks for a singular certainty is always a smart move in my book.
Posted by PN at 9:04 AM

I want to hear David Stern say tonight, "And the first pick in the 2008 NBA draft goes to... The Okla--err, SEATTLE Sonics!"

I hope that we at least end up with the #4 pick, so we're at least able to get our hands on either Mayo or Bayless.

I don't really like Brook Lopez as a top 5 pick and i hope we aren't then ones who end up with him, with our top pick.

So even if Mayo is also gone before we pick, i'd rather take Bayless instead of Lopez.

That's assuming Bayless doesn't go at the #3 pick. I agree, Bayless is a better fit for the Sonics - I just don't think he'll be around at #4. Of course, there are lots of possibilities at this point - we don't even know who's doing the selecting. Maybe the Knicks will get the #1 and pick Lopez!

Where is the spot to be today when the Sonics are awarded the #1 pick?

Yeah, Nuss, if only Isaiah would still be around. :-)

Though, i've heard he's still around with a great job as a special consultant scouting players in Uzbekistan and someplace else in eastern europe. :lol:

BTW: I think that Mayo will be taken before Bayless, therefore making him available with the #4 spot.

Man, tonight is gonna be the most exciting basketball-related-tv-watching in a long time...

Big men always make me nervous (and not just because of the Sonics' recent draft history). It seems like centers have a much higher probability-of-bust. Although, it would be entertaining if we could land both Lopez brothers. (Brooke at #5, Robin at #24)

Regarding your last option--I Highly doubt any team that gets the #2 would be willing to trade it for the #4+#24+2nd rounders. Although, we should definitely make that offer if it's there...

Who did we send to the draft last year? Shouldn't we be sending him with Durant?

Regarding your Isiah-bashing, I think he (surprisingly) has a pretty solid drafting history. (Damon Stoudemire, Marcus Camby, Tracy McGrady. Also, David Lee, Nate Robinson, and Renaldo Balkman were all late round picks)
He just sucks at everything else.

You're right, Thomas is/was good at finding talent. However, he also seemed to go with odd selections frequently, which is why I thought he might take someone weird at #1 and let us have Rose.

In all honesty, I'm glad Isaiah is no longer the Knicks' GM, simply because the piling on that guy had gotten to be too much, and it had reached the point where he was getting blamed for everything and anything NBA-related. Too bad a guy who was such a superstar on the court has been so demonized off of it.

I don't really care if we get Beasely or Rose. Rose would be better because he is unselfish and can play phenomenal defense. If we have to, I would say we should get Jerryd Bayless or trade down and get either Russell Westbrook or DJ Augustin at around pick #10. If we get Rose with out first pick, then we HAVE to get CDR or Brandon Rush with our 2nd pick. A great/elite defending SG is essential, and these guys would really help shore up our defense. If we didn't get a pg with our first pick, I suppose a Chalmers would be an ok pick with pick #24.

If not in top 3 then trade down makes sense to me too.

Don't know enough about Westbrook or Austin to agree or disagree with targeting them next next but they are on the short list. I don't know much about Chalmers either or how he stacks up to those two but I have an impulse based on his draft writeup to give him attention with that group and perhaps avoid as much of a trade up (big difference between draftnet and draftexpress rankings for him 15 and 36th respectively)

CDR with lower 1st is high on the short list for that for me too. Appears to be 2 way strong player. Maybe like Rip Hamilton.

Completely agree. The more I read about CDR and the more I watch of him the more I'm thinking he'd be a great fit for this team. This team is desperate for outside shooting, and he adds that plus solid play on the other side of the ball, as crow mentions. If they can get both Rose and CDR, this will be judged a great draft for this team.

I can see the Sonics going for a big man with the low-first round pick, though. You're more likely to find a Bynum at the end of the first round, and those guys are precious, precious commodities in the league.

I'm tired of bigs. A couple of other 2's I wouldn't mind with the 24 pick or the 2nd pick in the 2nd round are Courtney Lee from WKU and Kyle Weaver from WSU. I don't know about Lee's defense, but I know he has good character, played the point his sophomore year, and was only at WKU because of academic reasons (like a Stuckey). As for Weaver, he seems to be an unselfish do-it-all player in the mold of Jeff Weaver who plays some pretty good defense.

Yeah Weaver sounds good enough for the pick in 40s or move up a bit if necessary to get him.

PF (DJ White or Hendrix or Ryan Anderson) might be the way I'd go with the first 2nd rounder if they did not get one in 1st round.

Presti will need to designate a "for the future" near 20 minute SG eventually even if Durant stays there. I didnt get the vibe that Gelabale and Wilkins won that backup role. They will have to find him somewhere.

May I point out how much crap Mitch Kupchak took for drafting Bynum 10th?

Take the we are all witnesses off your crap! that is the cavaliers saying, not the okla.. seattle saying.